The inaugural Velothon Wales was launched in 2014 and sold out its 15,000 participation places within 6 weeks.

Also hosting a UCI Sanctioned 1.1 Pro Men’s race, the event was of a scale that Wales had never seen before.

As Event Director, we were in charge of the entire project including the overall event budget, operational delivery, road closure and traffic management, commercial performance and marketing.

We were project managers from feasibility, bid, launch, planning and delivery

We managed the budget in its entririty, including all aspects of event promotion, marketing, operational delivery and overseeing the commercial team in order to meet sponsorship targets 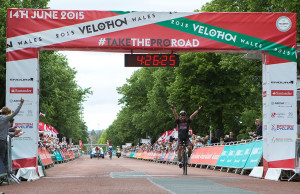